Russ Roberts was trained to solve problems. But he has found a kind of problem he cannot solve — at least, not with the tools he was trained with.

Roberts is one of the most recognizable names in economics, thanks to his popular podcast “EconTalk.” He’s currently president of Shalem College in Jerusalem and a research fellow at Stanford University’s Hoover Institution. This means he often thinks in numbers and systems, and to solve problems with cold logic. But when a friend asked for advice on whether to have children or not, Roberts realized that humans often grapple with what he calls “wild problems” — the big, life-changing decisions we all must make, where there is no single right answer and where outcomes are unpredictable.

So how do you solve those problems? That’s what he set out to learn, and it is the subject of his new book, Wild Problemswhich draws lessons from Charles Darwin, Bill Belichick, and basically everyone in between.

Related: These Decision-Making Tactics Can Help You Formalize Your Process and Make Better Choices

You have been taught to solve problems with economic logic. But as you write in the book, “I have come to believe that when it comes to the big decisions of life, those principles can lead us astray.” How did you come to realize that?

That’s really useful in lots and lots of areas. But I would suggest it’s not so useful in this area, partly because the pleasure and pain that we’re going to experience from our choices is really difficult to anticipate, and because We care about more than just the day-to-day pleasures and pains that result from our choices. To think like an economist is to think like a maximizer. What I argue in the book is that optimizing in the context of big life decisions is probably not possible.

Too bad. Had you come out with a book that said, “The tools of economics can solve your life problems,” I think people would’ve said, “Oh, good. Tell me about that.” Because they want some way to outsource the problem.

There are so many apps and algorithms that help us do all kinds of things. And I love them. Google Maps is fantastic at telling you how to get somewhere as quickly as possible. But it doesn’t tell you whether that’s where you should go.

So then what should you do? You should recognize that in a lot of these cases, these decisions define who we are. They create an overarching sense of ourselves that we want to respect. So the self-respect and dignity that comes from making good choices that take you to who you can be, and not just who you are — those are very important. They go way beyond the day-to-day pleasure and pain.

Related: Entrepreneurs Solve Problems Differently Than Other Professionals. Really! Here Are the 6 Ways.

In the book, you share a simple but surprising decision-making technique. Can you explain the coin flip?

Piet Hein says in a poem: You should flip a coin when you’re trying to make a big yes/no decision: marry or not marry, move or not move, accept the job or turn it down. Flip a coin — and when it’s in the air, you’ll find yourself, subconsciously, intuitively, hoping it comes up one way or the other. I wanna take the job. So the coin flip isn’t to make the decision. It’s to activate your gut — your instinct. 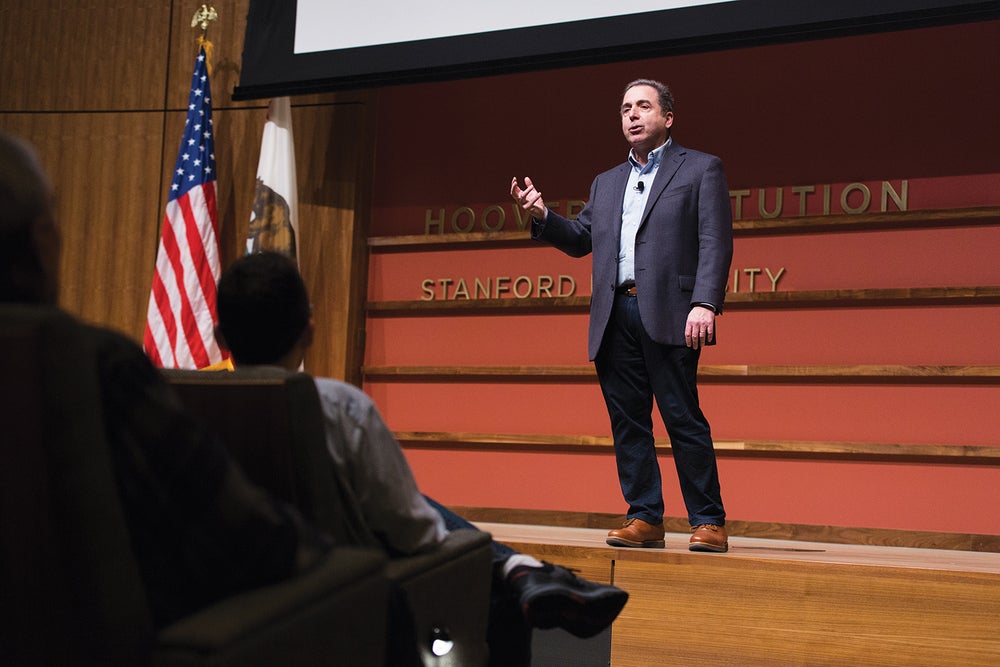 In other words, we know the answer but won’t listen to it. That reminds me of an old philosopher: He wrote that when someone seeks advice, they select who to ask based on what they know that person will say. They’re looking for confirmation of something they cannot just self-motivate themselves to do.

Instead, they should ask what Adam Smith called an impartial spectator: Someone who cares enough about you to take it seriously but doesn’t have a stake in the outcome of the decision. Then you can get some insight.

What you’re worried about often in that situation is a fear of regret — that you’ll make a decision that you’ll regret later. But regret is a strange emotion in a world of uncertainty. When you can’t anticipate how your decisions will play out, the whole idea of ​​a mistake is not well-defined. I don’t know if it’s humanly possible, but I argue that if we could be less worried about mistakes — Sometimes by knowing we can reverse our decisions — then we would take more chances.

Speaking of taking more chances, let’s talk about how New England Patriots coach Bill Belichick solves a wild problem — which in his case is: Which players does he draft out of college?

He likes to take a high draft pick and then trade it for multiple lower draft picks. And why would he do that? He’s very aware that, as smart as he is, he can’t anticipate [which player would be the best to draft]. So he brings a bunch of them in, hoping that some will pan out.

It’s kind of an obvious idea, but I think we struggle to do that in our actual life. We’re very worried — you know, this vacation has to be perfect. You might be better off taking a bunch of small vacations, learning what you like, and then you can be a better chooser later on.

Related: The CEO of GoDaddy’s Secret to creating a culture of Experimentation

It makes me think: When you try to decide if something is right, you’re putting a lot of onus on the thing itself. It’s like, “This better be good!” But really, the onus is always upon us to make the decision work. That’s what Belichick does: Instead of expecting a player to be good, he’s putting the onus on himself to identify and shape the best player.

If we can trust that we are the ones who can make something work, then we can widen our options, select one, and make it work. What do you think?

That’s fantastic. If you say, “I’m going on vacation to Paris, and boy, I better be wowed by the Mona Lisa,” you’re in for a shock. It’s a tiny, little picture. So as a result, Your whole attitude toward Paris is going to be wrong. What you should be thinking about instead is: How might this turn out? What might I explore? What will I discover? Then you’ll discover how you can make lemonade out of lemons, and how you can be faced with a crisis and rise above it.