E-commerce giant Amazon.com (AMZN) administered a 20-for-1 stock split on June 6. So, shares of AMZN are currently trading below $1,000 for the first time since 2017. However, given the company’s bleak growth prospects and significant operational headwinds, is AMZN a good buy now? Read more to learn our view.

AMZN’s 20-for-1 stock split took effect on June 6, 2022, after being announced in March. It is the company’s first stock split since 1999 and the fourth split since AMZN went public in 1997. The stock closed its last trading session at $121.18, much below its pre-split stock price of above $2000. Notably, AMZN has had a three-digit share price amount since 2017. While shares of AMZN gained marginally intraday on June 6, they have since declined 1% in price to close yesterday’s trading session at $121.18.

AMZN was the worst performer among all the big tech FAANG stocks in 2021, with the stock gaining 2.4%. In addition, the stock has plummeted 27.3% year-to-date, surpassing the benchmark Nasdaq Composite index’s 22.2% decline over this period. 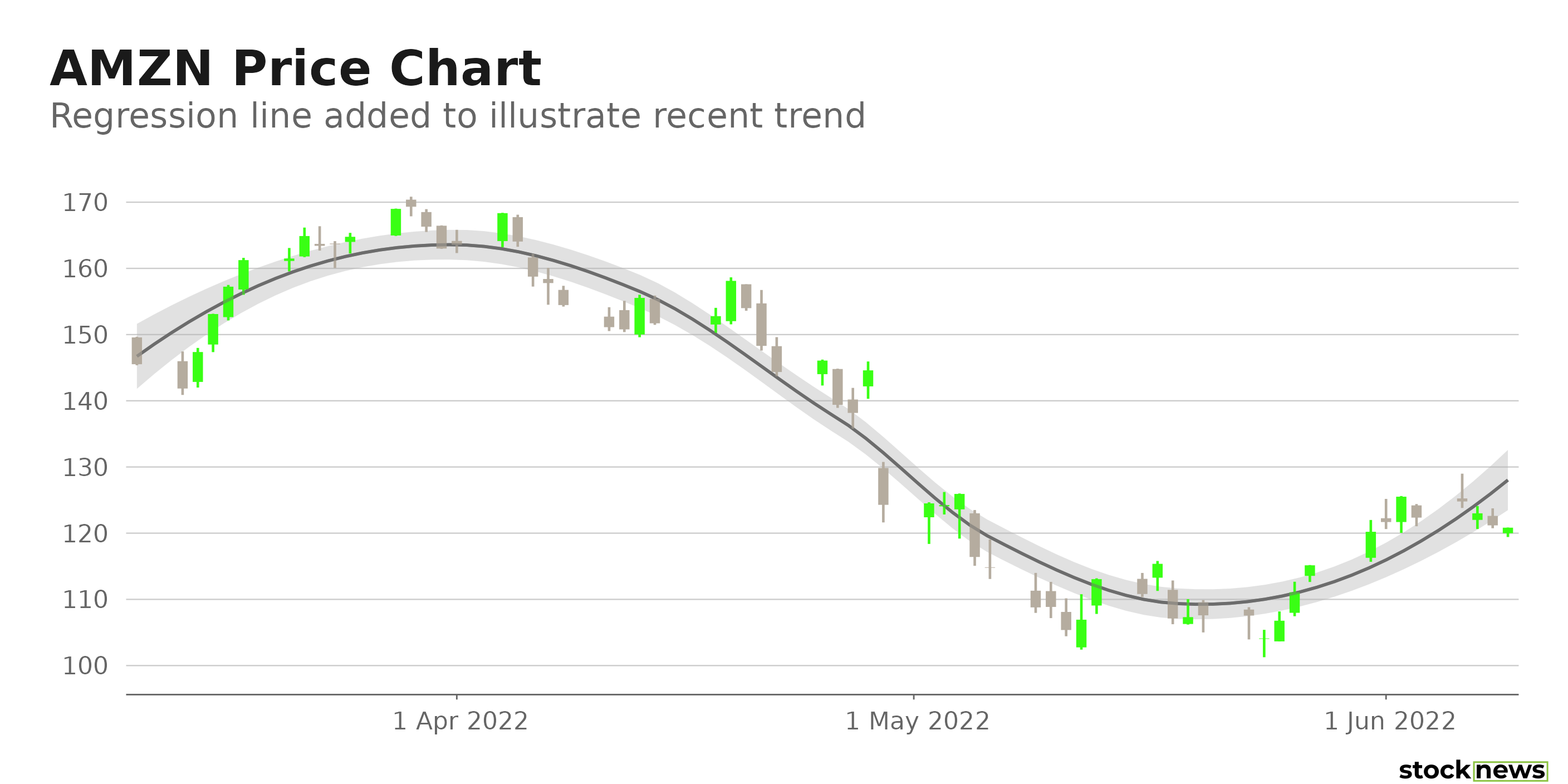 Here is what could shape AMZN’s performance in the near term:

AMZN incurred losses for the first time since 2015 in its fiscal first quarter ended March 31, 2022. The company’s net sales increased 7% year-over-year to $116.40 billion. However, its operating income declined l 58.4% from the same period last year to $3.70 billion, missing the $5.32 billion FactSet consensus estimate.

Its net loss came in at $3.80 billion, compared to $8.10 billion in income reported in the prior-year quarter. This includes a pre-tax valuation loss of $7.60 billion due to its investment in Rivian Automotive, Inc. (RIVN). Excluding the RIVN investment, its net income stood at $3.80 billion, which was below the $4.47 billion FactSet estimate.

AMZN’s CFO Brian Olsavsky stated in a conference call that the company faced tremendous inflationary pressures, primarily due to higher fuel costs. The additional costs amounted to $6 billion in its fiscal first quarter, with an operating loss in its e-commerce business standing at $2.80 billion. AMZN’s incremental costs are expected to amount to approximately $4 billion in its fiscal second quarter.

Regarding this, Olsavsky said, “As the [omicron] variant subsided in the second half of the quarter and employees returned from leave, we quickly transitioned from being understaffed to being overstaffed, resulting in lower productivity [that] added approximately $2 billion in costs compared to last year. In the last few weeks of the quarter ended to April we have seen productivity improvements across the network and we expect to reduce these costs headwinds in Q2.”

AMZN expects its revenues to range between $116 billion and $121 billion in its fiscal second quarter (ending June), which is below FactSet’s $125.33 billion consensus revenue estimate.

AMZN has an overall D rating, which translates to Sell in our proprietary POWR Ratings system. The POWR Ratings are calculated by considering 118 distinct factors, with each factor weighted to an optimal degree.

Among the 68 stocks in the F-rated Internet industry, AMZN is ranked #47.

Beyond what I have stated above, view AMZN ratings for Momentum, Growth, Sentiment, Stability, and Quality here.

The company reported operating losses in its fiscal first quarter for the first time since 2015. Supply chain disruptions and inflationary headwinds are expected to adversely impact AMZN’s e-commerce business in the current quarter also. Despite the stock split, AMZN is currently trading at a significant premium to its peers. Thus, we think the stock is best avoided now.

How Does Amazon.com (AMZN) Stack Up Against its Peers?

While AMZN has a D rating in our proprietary rating system, one might want to consider looking at its industry peers, trivago NV (TRVG), Travelzoo (TZOO), and Expedia Group Inc. (EXPE), which have a B (Buy) rating.

Note that TRVG and TZOO are two of the few stocks handpicked by our Chief Growth Strategist, Jaimini Desai, currently in the POWR Stocks Under $10 portfolio. Learn more here.

Note that EXPE is one of the few stocks handpicked by our Chief Growth Strategist, Jaimini Desai, currently in the POWR Growth portfolio. Learn more here.

About the Author: Aditi Ganguly

Aditi is an experienced content developer and financial writer who is passionate about helping investors understand the do’s and don’ts of investing. She has a keen interest in the stock market and has a fundamental approach when analyzing equities.

The post After its Stock Split, is Now a Good Time to Buy Amazon.com? appeared first on StockNews.com