BlocPower founder Donnel Baird grew up in the Bedford-Stuyvesant neighborhood of Brooklyn in the 1980s. The area was so poor that buildings often lacked decent heating systems. People would turn on the stove or use electric heaters to compensate for ineffective central heating.

It wasn’t safe or efficient, but it was reality for many families, most of whom were Black, living in these deficient buildings at the time. Baird says that the sense of inequity and inequality of the situation stuck with him. When he grew up, he recognized that the problem persisted in many poorer neighborhoods, impacting the quality of life for the people living there as well as harming the broader environment.

There was also another element at play. Many people living in these same neighborhoods faced a lack of decent jobs, fueling a cycle of poverty that was hard to break. Baird not only wanted to replace inefficient systems that burned fossil fuels, he also wanted to create high-quality, stable jobs for folks who were often left behind by the economy.

He launched BlocPower in 2014 with the goal of replacing fossil fuel-burning heating and cooling systems with cleaner, more efficient electric air source heat pumps, water heaters and solar panels. As of January, BlocPower had updated more than 1,200 buildings in 26 cities, and the work continues.

To this point, the company has raised over $100 million. That includes over $50 million from Goldman Sachs to help back the company’s green building financing, as well as a $30 million investment from Microsoft’s Climate Innovation Fund. In spite of this, he faced an uphill battle when it came to fundraising, and came perilously close to shutting the company’s doors in 2018.

I spoke to Baird about the challenges he faced launching the business, especially as a Black founder, convincing the financial sector and venture capitalists to back his vision and get his idea off the ground.

The roots of the idea for what became BlocPower began when Baird was working on a green jobs program in conjunction with the Obama-era Department of Energy. “My job was to act as outside intermediary between the Department of Energy and a bunch of labor unions and pension funds to figure out if we could co-invest labor union pension funds to create jobs, greening buildings using stimulus funding,” he explained. 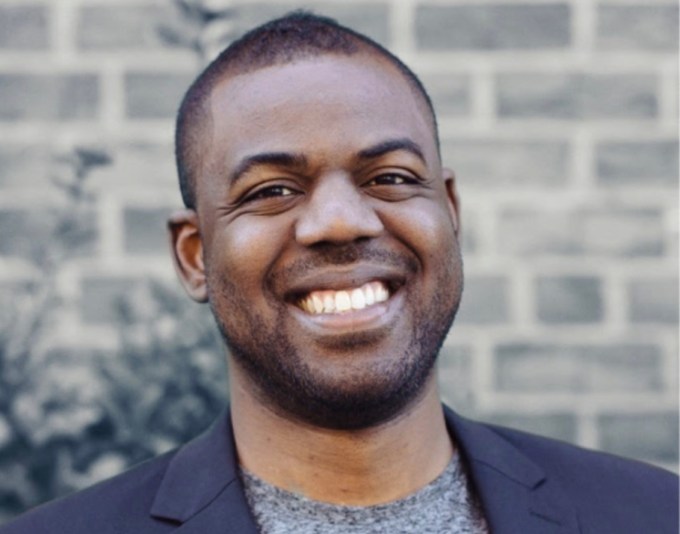 They hoped to put unemployed union members to work updating buildings, but the technology was much more expensive in this 2009 time frame, and it proved difficult to make the economics work for everyone.

When Baird was in graduate school in 2014, he began to explore the idea of ​​creating a financial instrument to make it easier for more people to update buildings with green energy systems, particularly in poorer neighborhoods. He felt that the lack of a purpose-built financial instrument to finance these projects was the missing piece in bringing his vision to life, but it required financial institutions to provide external investments in neighborhoods that most banks and financial services companies tended to steer clear of .

“That’s when I realized if I was going to do green buildings in low-income communities, I’d have to do it myself. And while I was in business school, I began writing up a business plan and halfway through business school, Cheryl Dorsey, the president of Echoing Green Foundation, gave me $100,000 of seed capital, and I was able to launch the company while in my second year,” Baird said.

The company makes money in a couple of different ways today, starting with the financial instrument he based the company on when he came up with the idea in 2014.

“We borrow money from Wall Street. We purchase the equipment and we identify the local contractor who’s qualified to install it. And then we manage the project as they install that equipment in the building (getting project management fees as part of the deal). And we lease the equipment, just like you lease a car, to the building owner for 10 years, 15 years or 20 years. And so there’s a stream of lease payments that come back to our company from that building owner,” Baird explained. That flow of payments gives the company predictable, recurring revenue.

In addition, governments and utilities hire companies like BlocPower to encourage and help building owners update their heating and cooling systems. “Utility companies and local governments have budgets, and so they will pay us for greening buildings in their community,” he said.

As an example, the company has a contract with the city of Ithaca, New York, to make every building in town green. “Building electrification is a major part of Ithaca’s Green New Deal, one of the most aggressive decarbonization programs in New York State. The program will benefit Ithaca residents through job creation, lower energy costs, reduced pollution and greenhouse gas emissions, and more energy-efficient homes and buildings,” the company wrote in a statement announcing the deal.

Getting off the ground

As he built the company, he wanted to get that external investment to help drive it, but before that could happen, he had to come up with a proof of concept, and the way he was able to do that was with some government contracts. The first was a $2 million grant from the Department of Energy. He also would close a $6 million, three-year deal in 2017 with New York City, but he found getting financial institutions involved proved more challenging.

The company was able to take the grant monies from NYC and the Department of Energy and really show that with proper financial backing, it could begin to have a real impact greening buildings.

“So we had a $2 million contract with the Department of Energy that my startup won in a competitive process. We used that money to construct a real-world portfolio of actual clean energy projects by greening like 40 buildings, and then we were able to submit the data that we generated to Goldman Sachs to see that our financial models were tracking with what we were seeing in the real world,” he said.

As the company wrote in a report on the NYC project, which was called Community Retrofit NYC, it concentrated in poor areas in Brooklyn and Queens where the startup could work with the utility companies to help identify buildings that needed updating in these areas:

BlocPower’s strategy was to engage community stakeholders who completed projects to refer building owners to the Community Retrofit NYC with a focus in areas with the most robust Con Edison incentives. The second step was to use data to build a targeting score to identify buildings in need of upgrades. Targeting, in partnership with leveraging existing relationships, allowed us to connect to building owners in need of upgrades. It also allowed us to build a persona of who our average building owner looks like.

The original plan called for BlocPower to work with 554 properties, where it would initiate or ideally complete a project, but it was actually able to complete projects on 629 buildings over the three-year contractual period from 2017-2019, according to the company. It was able to make progress in a few key ways.

First of all, once it got some building owners involved, there was a big word of mouth effect, and that helped get more owners on board. Secondly, using the company’s proprietary software, the team was able to identify buildings most in need of updating. Finally the startup also created a much more streamlined approach to project management using a digital model.

“What building is a digital model of the building allows us to do is basically create one web page, where we have the digital model of the building and all of its data, and we could integrate all of the disparate pieces of electrical engineering, mechanical engineering , construction and financial data into one digital profile for that building. That allows us to figure out what the financial returns would be from investing in green energy in that building,” he said.

Meanwhile, he raised a couple of tranches of money from Andreessen Horowitz and Kapor Capital. The first was for $1 million in 2015 just after he started the company. The next was a $2 million bridge round, which Baird says might have saved the company at a time when he was struggling. The two firms were instrumental in helping the company get started and then stay in business, he said.

With the portfolio of projects under his belt from the DoE and NYC programs, it began to pry open some doors with some big investors, but it wasn’t easy, and it took years for it to come together.

But last year, Goldman Sachs Asset Management Urban Investment Group provided the company with more than $50 million to finance more green building projects. But he hasn’t been able to get other banks and financial institutions to go along, and the frustration of fundraising has never really gone away.

He says the company has 860 employees, a figure that includes almost 800 workers. His company has trained to install green energy solutions. “They are our employees. We pay them, we supervise them, we project manage them. We do interesting projects, like we’ve decarbonized some churches and synagogues. We put solar panels on Rikers Island, the jail in New York City.”

While he met people along the way who invested in his vision, he described fundraising in general as “horrific.”

“I’ve had people get up and walk out of meetings. I’ve had people pull out their phone in the middle of my presentation and start checking it. I’ve had people lecture me on capitalism, and how BlocPower isn’t capitalist, and because we’re trying to help people, we’re never going to make any money.” And climate tech investors were no better, he said, with one in particular accusing Baird of outright lying when he presented the investor with data about his completed projects.

He believes the only way to fix the financing problem is for people from underrepresented groups to gain capital and invest in one another. “We can’t wait around and hold our breath and say, ‘Oh George Floyd happened,’ so the venture capital category is going to follow through and change…They’re going to do what they do. Our job is to create a whole new cohort of people who can actually deliver the social impact change that we need, and deliver the change on climate that we need,” he said.

In spite of the obstacles, BlocPower has come up with a way to make buildings more efficient, while creating good jobs and making life better in neighborhoods that are too often left behind, all while making money and doing right by the planet.