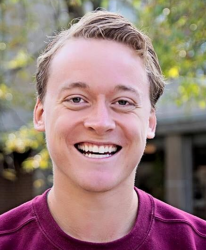 Jordan Bishop is a personal finance expert and travel hacker who holds a degree in finance and entrepreneurship from Wilfrid Laurier University, Waterloo, Canada. He’s a sought-after marketing and strategy consultant for hospitality brands. He has eight years of personal finance writing experience with Forbes, The Penny Hoarder, Ladders and more. He still runs Yore Oyster, where he writes about personal finance, investing and the philosophy of money. His unique approach to problem-solving is captured in “Unperfect: Innovators, Trendsetters, and the Art of Problem Solving.”

When it comes to funding, startups have several options. They can go the traditional route and seek out angel investors or venture capitalists. Or they can crowdfund their projects through platforms like Kickstarter or Indiegogo. But there’s a new option on the block (pun intended) that could be a game-changer for startups: decentralized crowdfunding. Decentralized crowdfunding is still in its early days, but it has the potential to shake up the startup funding landscape. So how does it work, and what are the benefits? Read on to find out.

Let’s start with the basics. One of the major hurdles startup founders has to cope with, besides coming up with a good product or service, devising a good business model, hiring the right talent and countless other difficulties, is funding their project to get things going.

Crowdfunding is a strategy to get support for your project from many people rather than from a small number of investors or venture capitalists. You can use this strategy to fund all sorts of projects, ranging from startups and artistic endeavors like films and music albums to political campaigns, scientific research projects, and even funding an expensive medical treatment for yourself or a loved one.

Angel investors And venture capitalists have always been an option for startups, but they come with some serious drawbacks, the most important of which is losing equity and, ultimately, being told how to run your own business. As you’ll learn in any in-person or online startup accelerator, crowdfunding helps solve this issue by letting you get funding from a large number of people who sometimes don’t ask for equity in your company. Even if they do, since third-party participation is diluted among many investors, you’ll still be the main shareholder and keep calling the shots.

The downsides to traditional crowdfunding

Although very promising, traditional crowdfunding also has its drawbacks. For one thing, it’s not always easy to get your project funded. You have to convince many people of your startup’s value, which requires creating a good pitch and campaign. Even then, there’s no guarantee that people will be interested in what you’re doing.

Additionally, even if you do manage to get funding, most platforms take a cut of the funds raised. Kickstarter, for example, will take 5% off every project, and then you have payment and transfer fees to worry about, among other expenses. Additionally, intellectual property rights can be a serious issue. If you don’t protect your idea early on, someone might steal it when they see your pitch and launch your company before you do, if they have the financial muscle to do so.

Some of these downsides can be offset with the new trend in crowdfunding: decentralized or blockchain-based crowdfunding.

From VC to DeFi: 6 Realistic Ways to Fund Your Startup

So what is decentralized crowdfunding?

Decentralized crowdfunding is a new way of raising funds based on blockchain technology. Blockchain is the same technology that underlies cryptocurrencies like Bitcoin and Ethereum. In a nutshell, it’s a distributed database that’s secure and tamper-proof and that eliminates the need for a trusted third party to verify transactions.

How does decentralized crowdfunding work?

With decentralized crowdfunding, startups raise funds by selling tokens or coins to investors. These offerings are referred to as Blockchain-Based Offerings or BBOs. Investors can use these tokens or coins to access the startup’s products or services once the project takes off, or the tokens can represent instruments, debt, securities or other investment vehicles.

Additionally, if the startup is successful, the value of the tokens themselves may increase further. This allows investors to capitalize on their investment simply by using different online brokers or crypto exchanges to trade the tokens for a profit.

One of the key elements that blockchain technology applied to crowdfunding offers is smart contracts. These are digital programs that execute automatically when certain conditions are met. This key element allows for the development of platforms that work without the need for human involvement, making each transaction secure and fast. In addition to eliminating intermediaries, this also eliminates most fees, which can be considerable if you have a large number of backers.

How Do Smart Contracts Work for Startups?

Pros and cons of decentralized crowdfunding

There are several advantages of decentralized crowdfunding, the most important of which are:

On the downside, decentralized crowdfunding is still a relatively new concept, and not many platforms offer this service. Also, ever since the boom of cryptocurrency ICOs, many of which turned out to be total scams to steal from the unassuming public, there has been a lot of mistrust towards any funding platform that uses blockchain technology. Kickstarter, for example, recently announced that it would be transitioning to blockchain technology, and it generated a backlash within the investor community. With many risk-averse investors following the advice from trusted investment newsletters And many of those newsletters pointing out the risks of crypto investing and ICOs in general, it’s no wonder why.

Finally, many worry about the environmental impacts of blockchain technology in general because of the high energy consumption required to run a blockchain network.

Despite the potential downsides and limitations of decentralized crowdfunding, it’s clear that this is the future of fundraising for startups. If you’re thinking about starting a company, it’s worth considering this option to see if it’s a good fit for your project. But this brings up an important question.

How do startups raise money through decentralized crowdfunding?

Let’s look at how these different BBOs work.

In an ICO, a startup offers utility tokens to investors, which are digital assets that are not associated with your company’s equity. These tokens are digital products investors can use on an online platform to pay for your startup’s products or services. These tokens work through smart contracts that run on a blockchain. Investors who buy into an ICO pay with cryptocurrencies like Bitcoin or Ether, and once the smart contract verifies the payment, it automatically transfers ownership of the token to the investor and registers that ownership in the blockchain.

Security token offerings, or STOs, are similar to ICOs in that they both offer digital assets as investment opportunities. However, unlike utility tokens, security tokens represent actual equity in your company and are thus subject to government regulations.

Initial exchange offerings or IEOs are a type of BBO that is becoming increasingly popular. In an IEO, a startup raises money by selling tokens to investors through a cryptocurrency exchange. These exchanges act as intermediaries between the startup and the investor and help to promote the IEO among their user base. With crypto exchanges like Binance that have millions of users, your project reaches a potentially huge audience.

How much money can you raise through decentralized crowdfunding?

The answer to this question is not straightforward. It depends on several factors, including the type of project you’re working on, the quality of your pitch and the platform’s popularity.

That said, there are some platforms where successful projects have raised millions of dollars. DAO (Decentralized Autonomous Organization) conducted the first major ICO in 2016. The startup a staggering 10.7 million ether, worth around $120 million at the time. Today, however, with each ether worth almost $3,000, the DAO raised money is worth an incredible $30 billion.

Of course, this has been the exception and not the rule. However, a report by TeQatlas from 2019 can give us some very good insight into how much the average startup can raise through ICOs, STOs and IEOs. According to the report, at the peak of the ICO boom in 2018, companies raised $15,248 million through 460 rounds. That makes an average of $33 million per round. That was the boom, and, for sure, some companies raised significantly more than others, driving the average up significantly.

Even though 2018 was a peak, 2019 wasn’t half bad. While the overall amount raised was significantly less, totaling a little over $2 billion in H1, that amount was raised after 153 rounds, averaging almost $14 million per round. Not bad at all.

Do take note that, as stated above, many early projects turned out to be scams and some investors lost a lot of money. This triggered a downward trend after 2018 that has only now stabilized.

It isn’t clear exactly how much money you stand to raise through the more recent decentralized crowdfunding platforms. But it’s worth noting that the newer kids on the block are coming up with different ways to increase investor confidence. One way they’re achieving this goal is by adding milestones to the smart contracts that only payout after those milestones are achieved. This reduces the risk and makes it more likely that you’ll be able to achieve both your fundraising goals and your business goals in the long run.

Crowdfunding has become a popular alternative to traditional startup funding through angel investors or venture capitalists. However, traditional crowdfunding platforms suffer from several pitfalls related to high fees and intellectual property theft. Decentralized or blockchain-based crowdfunding poses a viable alternative, but it isn’t perfect, either. Regardless, it is still in its early stages, and companies or platforms that offer these services are devising new and creative ways to reduce risk and increase investor confidence. As this evolves, it will become ever easier for startups to find the funding they need to go from idea to market without losing equity while providing their investors with value and a good ROI.