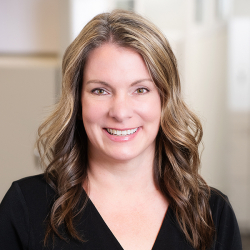 As an Account Manager and Team Lead, Shasta specializes in personal lines insurance, providing Kapnic Insurance clients with personalized solutions to their individual insurance needs. She provides access to many carriers to ensure her clients have the best coverage and price available to them. Shasta has been in customer service since her very first job as a teen, and loves helping people. She hopes all of her clients know how much joy she has in educating them on their insurance options and policies and meeting their needs.

Jeff Sloan, founder and CEO of StartupNation discusses professional liability and errors and omissions coverage with Michael Spath from Kapnick Insurance and a leader in Kapnick’s personal insurance department, Shasta Hall. Here are highlights from that conversation about what sort of travel insurance is worth purchasing and what potential coverage gaps you should watch out for when insuring a second home.

Tune in below to listen to the full conversation:

Jeff: All right, Startup Nation. We’ve got our expert in insurance for small business with us, Michael Spath. You help us with a subject matter that is really foreign to a lot of small business owners. Insurance isn’t something that a lot of them really know about. And today there are so many different types of insurance that, you know, it’s hard to keep up.

So we’ve got, you and your team at Kapnick Insurance.

Michael: One of the things I love about Kapnick is that there is someone who specializes in every part of insurance and every vertical, right. It’s comprehensive.

And one of the things that we do is we have a personal lines team that deals with the questions of beyond your business, beyond your employee benefits. And today, for instance, we’re going to talk about travel insurance and second homes.

And so we’re going to talk about those things today with Shasta Hall, who is in charge of our personal lines division at Kapnick Insurance. Thank you for joining us.

Shasta: Thank you for having me.

Michael: Let’s start with the travel insurance idea because we all see it. I mean, Jeff, you see it. You’re booking a trip, and it’s always shows up right then. Do you want it?

Jeff: I want to know something. I don’t know if I should check that box or not. I do know that if you don’t check it, they give you a big warning. And so a lot of pressure to. Do I do it or don’t I?

Michael: And I rarely do it either. So Shasta, what is travel insurance?

Shasta: It’s kind of a broad term truthfully, but essentially you are insuring a leg of your trip, a certain portion of it, maybe the rental car, maybe the hotel, if something goes wrong, you cancel at the last minute.

You might have insurance for that, depending on the plan that you purchase. You lose your luggage, you get personal effects. I generally say, call your trusted insurance advisor. They are going to advise you if maybe you’re going out of the country and you need ransom and kidnap insurance. Something people don’t think about when you leave the United States, you don’t have medical insurance, necessarily. Check into that. You don’t want to end up in a hospital with no coverage.

Jeff: And it covers all of that? I thought it was really just if I booked this flight and pay for it, and the airline says to me, you know, you’re not going to get your money back. I thought in the event that you got sick or something. I could still make a claim and get my money back for that flight. But it goes beyond that. You’re saying way beyond that.

Shasta: It certainly can. It’s different plans. Obviously, if you’re buying through maybe online booking something of that nature, it could strictly be for just missing your flight.

Michael: Which is a great point. Jeff, how many times someone sees the warning, warning, warning, click on it, but actually has no idea what they’re getting out of it. Right? And that’s why Shasta is saying, call your advisor and say, “hey, I’m gonna be taking a trip. I’d like to get some travel insurance. Can you talk me through it and then explain the coverages? What are the coverages?”

And here’s one of the things, Shasta, that I know that you do with your team is you’re going to ask a lot of questions and some people are like, wow, do I have to sit through 10 minutes of questions? But you’re probing. For what reason?

Shasta: We want to make sure that we give you the right product, because that’s one of the biggest problems with insurance. People are like, well, it didn’t cover me when I needed it. Well, that’s because you didn’t tell us you needed that insurance, because either no one asked, or you were keeping silent because you didn’t want to pay a higher premium. We need to know the details so that we can make sure we have the proper policy in place.

Shasta: It’s still a homeowner’s policy because the named insured is the principal resident, but you are not living in that home. You’re leaving that home unoccupied probably for five months a year or something of that nature. There are risks involved that the insurance company needs to know about. The premium reflects that. And if you don’t tell them, and maybe you have a burst pipe and it goes on for a month because you haven’t been to the home because you’re working and living at your other home, that’s a lot more damage than if you come home from work and you see you had a burst pipe in your primary residence.

Michael: And that’s why it’s important to ensure it as a second home properly is that an unoccupied position, but sometimes it’s not unoccupied. I’ve used AirBnB, I’m using VRBO, I’m renting it.

Jeff, do you do this with yours? I mean, do you rent your property out for the summer to help pay for bills and things like that? A lot of people do that.

Jeff: Yeah, I know a lot of people do that.

We, right now, are not doing that, but it’s not that we wouldn’t consider doing that. It’s unoccupied most of the time, that’s our circumstance.

Michael: Okay. So Jeff’s unoccupied. I would be unoccupied, but a lot of people use AirBnB. And so they’re good. Right?

Shasta: They are not.

When you rent out the home that changes the policy. Most of the carriers that we represent at Kapnick have some built-in coverage in their standard policy. Maybe it’s 30 days of short-term rental. Some have 180.

If you are renting your home to anyone, if you have any kind of contract, you need to let your insurance advisor know. Make sure that you have coverage because you have that person in your home. You need to have the proper endorsement or the proper policy in place.

Do they have access to your boat? To your jet-skis? You gotta be aware of that and you need to make sure that your insurance agent is aware of that, correct?

Shasta: Correct, because liability is really what makes or breaks you. You can fix a broken refrigerator. You can fix some drywall or something that they might break. It’s not going to make or break you financially, but you have a million dollar lawsuit against you because somebody made a poor decision while using your property with your permission under a contract, you better make sure you have the right insurance in place.

Michael: Yeah. If you do have that proper insurance place, I mean, it’s awful if something happens, but then you just follow the procedure, you just file a claim. Hey, this happened on the property. I’m covered, according to my advisor, let’s just go through the process.

Shasta: Correct. And if you didn’t have that conversation where you were honest about how you’re using the property, you probably don’t have coverage for it.

Michael: You don’t have coverage with them. Who’s paying for it?

Shasta: You, you’re self assured.

Michael: And what if it’s a million dollar liability claim?

Shasta: They’ll garnish your wages for the rest of your life.

Jeff: Let me tell you guys, I’m taking notes and this is what this is really all about. I think the value that you bring to the community of small business owners and the general consumer population as well is incredible. Because again, these are things you just don’t know, where do you learn this stuff?

And so to hear this kind of expertise and guidance from you guys on things that, you know, we otherwise wouldn’t. I mean, literally I took some notes, I’ve got to change a few things in my policy and be aware of a few things that I didn’t think of.

Michael: And Jeff, I would say this, sometimes a prospective client I’m dealing with will say to me like, “Hey, how long is this going to take? You’ve asked me 10 questions or 15 questions. I got to go somewhere. Can we just wrap this up?” It is sometimes a little bit of a more time consuming because we’re asking those questions? Yes, we want to make sure you are covered if a case like this happens.

And again, they need to be transparent and honest with us. Don’t tell us you’re renting it out for 30 days a year instead of six months, because you want to save on your premium.

Just the last question for you, Shasta.

You know, a lot of people have homes in different places. My mother, for instance, has a primary home here in Michigan and a winter home in Arizona. Michigan’s a pretty good state other than tornadoes, which we don’t encounter that much. We don’t have mudslides. We don’t have a lot of forest fires. We don’t have hurricanes. I mean, this is a pretty safe state. Are there bad states out there to have a second home?

Shasta: Um, yes. I mean, insurance is much more expensive than other parts of the country because the risks that are involved when you have hurricanes as a real possibility or forest fires. You’re going to pay higher premiums.

Contrary to popular belief, our premiums in Michigan are fairly low in comparison to the rest of the country. And in Florida, it’s hard even to find placement for waterfront property. We have to go through our Assurex partners and different avenues to get that coverage sometimes.

Michael: Well, thank you very much, Shasta that’s great stuff. And if anybody needs to reach out or wants to know more, learn more travel insurance, or certainly if you have a second or a third home, you can reach out to us at Kapnick.com and find Shasta Hall at [email protected].

Jeff: Thanks guys. It was really great information.