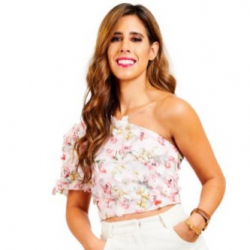 Jenna Guarneri is the CEO and founder of JMG Public Relations, an award-winning
public relations firm based in New York City, and author of “You Need PR,” an Inc. Original Imprint.
Jenna counsels innovators changing the world with their B2B and B2C venture backed startup companies. She is
Known for delivering quality work while fostering meaningful relationships with her clients, team, and media contacts. Jenna is an authority with a proven track record on reputation management, media relations, and brand communication.

The following is an excerpt from “You Need PR” by Jenna Guarneri. Copyright 2022 by An Inc. Original.

When a new house is constructed, the builder pulls together the brightest professionals from each construction trade. It takes twenty-two subcontractors to build the average home. Specialists are needed to build out the foundation and others to work on framing, plumbing, electric, flooring, drywall, masonry, HVAC, and so forth. Each trade cannot start their work until another starts or finishes theirs. The drywall cannot start until the electrical wires are installed, for example, and the electric can’t be started until the framing is done. It’s an interconnected system that relies on the success of each part in order to function properly. One faulty wire and you run the risk of the whole system burning.

The rooms of the home resemble the different messages being issued, and the nuts and bolts represent the series of factors you consider when crafting your message. The foundation of the home represents who you are as a brand, why you exist, and the innovation you provide. If your startup is not clear about who you are up front, then your audience will never understand what you are trying to convey. Your messages will never be clear, and you’ll never have the opportunity to connect with your audience.

How an individual perceives you will affect whether they decide to support you. Public relations isn’t just about a feature story in a media outlet; It’s about the perception of the writer, consumer, investor, and anyone who comes in contact with your brand. It’s about the way a customer service representative treats a current or potential customer; that behavior and that engagement relate directly back to the overall image and credibility of the startup. If someone has a bad interaction with a representative from your startup, your image as a startup is in jeopardy. A bad review spreads faster than a wildfire via word of mouth.

Zendesk reports that 54 percent of customers share bad experiences with more than five people, while only 33 percent share their good experiences. A customer who was emotionally triggered has the conviction inside them to say something and maybe even do
something about their bad interaction. If a customer was given a good experience, they might not be triggered enough to have a reaction. The negative customer experiences can be the most detrimental to your business and are harder to control after they happen. It’s better to be proactive in the prevention of those instances by ensuring that you and your team understand perception and the value it brings to the business.

Perception refers to the set of processes someone takes when interpreting and forming an opinion on a person or given subject matter. Direct perception is based on in-person encounters, where the person is standing in front of you and is able to chat with you and see your nonverbal cues. There are no outside influences; Their perception is based on their own personal experience. Mediated perception is based on secondhand interactions. For instance, if someone is reading about you in a newspaper, they are reading about you through the eyes of the writer. Your intended message can be skewed by the writer, who has their own bias and interpretation of the message that you gave them. Then you have the reader to consider. They will be reading the text that the writer wrote on your behalf and will insert their own experiences and biases into the written text. And what they perceive from that writing will depend on their own personal understanding. PR is a precautionary method that preserves the way you want to be perceived by both the direct and the mediated audience, ensuring your message delivery aligns with you and your startup.

Every word issued by your company counts. It only takes a handful of words to create an unforgettable moment. Take, for instance, the massive BP oil spill in the Gulf of Mexico in 2010, which was the largest in the history of marine oil-drilling operations. The Center for Biological Diversity reported 205.8 million gallons of oil and 225,000 tons of methane were released into the water. Eleven people perished and 82,000 birds of 102 different species were harmed or killed, along with approximately 6,165 sea turtles, 25,900 marine mammals, and a vast number of fish.

The day after the spill, CEO Tony Hayward stated to several media outlets, “I’d like my life back.”5 Those five words gave the perception of Hayward as a selfish individual who had complete disregard for the magnitude of the disaster his company created, not just for the world’s ecosystem but for the immediate families of those eleven people who were killed. From the perspective of a PR specialist, it is unlikely that Hayward had his words reviewed by a PR team; If he had, they would have ensured his personal words aligned with the values ​​of BP, which would have exemplified more compassion toward those affected.

Perception is how people process and interpret the information around them. There are five stages of perception: stimulation, organization,
interpretation-evaluation, memory, and recall.

Perception begins with the senses: sight, smell, hearing, taste, and touch. For stimulation to occur, sensory receptors need to send signals that will stimulate the brain. Someone must first sense something before they can perceive it. Without a stimulus being sent to their brain, they will not be able to continue on to the other stages.

The first phase of perception is key to a public relations strategy. It is your first touchpoint with your audience and where you will need to have the most impact on them in order for the other stages of perception to occur. Think of someone walking into a bookstore looking for their next book to read while on vacation. They aren’t sure just yet what they want, but they figure they’ll walk through and see if something catches their eye. If a book looks like every other book on the shelf, they will be less inclined to pick it up. But if a book is unique in its jacket design and has a catchy title, their brain will receive the stimuli for further engagement.

The world as we know it is filled with noise and clutter. Because of this, a person’s brain cannot focus on all the stimuli presented to them. What they notice is based on environmental factors and their own experiences. This is why it’s important to deliver messages continuously. Not every message will get through. Once received, the information from the stimuli gets sent to the brain for organization into a meaningful pattern. To better make sense of the new information, the brain attempts to draw comparisons between the new information and the information the brain has stored from past experiences.

When creating your PR strategy, you’ll want to find messaging that will address the pain points of your audience to increase the likelihood of the new information relating back to the stored information in their memory. Pain points relate to a problem someone is facing that is troubling or even a nuisance to their everyday life.

The interpretation step, according to Joseph A. DeVito, is when an individual evaluates the stimulus. This evaluation is greatly influenced by the person’s experiences, needs, wants, values, beliefs about the way things are or should be, expectations, physical and emotional state, and so on. It is also influenced by their rules, scripts, and gender. For example, an individual who meets someone new who has the same profession as their father once had been able to relate to and understand that person better, as opposed to someone who meets a new person and doesn’t know anything about their profession.

The stimuli may even generate fond memories and create an emotional connection. Within your PR strategy, you’ll want your messaging to properly portray the values ​​and wants of your audience so they can appropriately interpret the common relation between them and your startup. The memory stage is marked by the storage of information to long- and short-term memory. In time, something will jog the memory, and the mind will try to recall what it already knew and heard about the stimulus.

“You Need PR” can be purchased at https://www.youneedpr.co/.