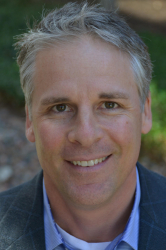 Kurt Wilkin is a gifted connector—of dots, ideas, and people. For the past 30 years, he has
counseled high-growth companies, starting his career with Ernst & Young, and today in his roles
as cofounder and visionary of HireBetter and managing partner of Bee Cave Capital. He is a serial entrepreneur with multiple successful exits and has helped hundreds of entrepreneurs and CEOs build their companies. Kurt has called Texas, Louisiana and Arkansas home his entire life and proudly claims to have
“Redneck, Cajun, and Hillbilly rolled into one beautiful package.” That might explain his natural
BS detector. As you’ll see in “Who’s Your Mike?”, his plain-spoken, approachable style helps cut
through the clutter and delivers lessons for fellow entrepreneurs that they can apply—right
away. He is the father of three active boys who don’t let him take life too seriously, and he
resides in Austin with his wife, Carrie, who didn’t think he could focus long enough to get the
Grocery list right, much less write an entire book!

The following is an excerpt from “Who’s Your Mike? A No-Bullshit Guide to the People You’ll Meet on Your Entrepreneurial Journey” by Kurt Wilkin. Copyright 2022 by Per Capita Publishing.

Do you have a Mike? He’s been by your side from the beginning. He’s been incredibly loyal – someone you could count on. But now you’re facing your new hyper-growth reality—and you know he’s going to make a ton of mistakes as he learns lessons the hard way—inevitably stunting your company’s growth in the process. Do you move him into an individual contributor role and bring in a more experienced person to lead the team? Do you try and coach him up or make the hard choice to let him go?

I be this sounds familiar. I’ve seen some version of this play out with virtually every entrepreneurial client, friend, or peer I know. But I’m confident you have (or have had) one: someone who’s been by your side for much of your journey, loyal and willing to do almost anything that’s asked. They’ve been rewarded with promotions and responsibilities to the point where their titles are inflated and they’re so far over their heads that they’re at risk of imploding. And they’re utterly exhausted.

It’s one thing to recognize you have a Mike and acknowledge that they’re holding you and your company back. It’s another thing totally to take the hard steps to do something about it! As you scale your business, there are steps you need to take in order to professionalize it. One of the main things holding your Mike back is often one of the reasons he was so great early on. They’re a bootstrapper who isn’t afraid to roll up their sleeves. They won’t ask their team to do anything they won’t do. But that’s the thing—they never built a team. They struggle with delegation and tend to do things themselves. Truth be told, this is a common struggle for many entrepreneurs, too!

If you’ve promoted a Mike to a key role that he simply can’t handle, something HAS to change. You’re going to have to have some challenging conversations and you probably make some difficult decisions.

But there’s not one right answer. Every situation is different. In some cases, Mike may be willing to take a step back and admit this isn’t working, or maybe he volunteers to leave for a leadership role with a smaller company. In some cases, Mike may be coachable and can either stay in his existing role and grow into it, or take a lesser role and acquiesce to a more experienced leader while he hopes to grow into a future leader (whether for your company or for a future employer).

Unfortunately, sometimes Mike simply doesn’t have a role going forward. He may be super important to you personally but has become a liability professionally. In the worst-case scenario, you lose your friend and former go-to guy because you just can’t reconcile the needs of the business with the emotions complicated and egos at play.

Again, Mike doesn’t necessarily have to go. In fact, in many cases, Mike can be moved into an individual contributor role and leverage his ethic work and history with the company. With Mike, like most of the characters I discuss in the book, how you handle the situation often depends on their personalities, your relationship with them, and the work that needs to get done.

The bottom line is that when you realize you have a Mike on your team, you’re going to have to take action. Mike’s in over his head, but you aren’t—at least not yet. You don’t have to sink with your legacy team!

This is hard work. No one promised it wouldn’t be. But if you really think about it, deep down in your heart, you’re probably thinking about someone (or someones?) on your team right now. They’re probably very well-intentioned and have been there for you in the past. But unfortunately, they’re holding you and the company back.

I like to shift the conversation from “What do we do with Mike?” to “What if we had a superstar instead of Mike?” Imagine you have someone in that role who has been where you want to go; someone who has previously doubled or tripled a company like yours; someone who has experience negotiating multimillion-dollar deals or scaling up operations or integrating multiple acquisitions.

I don’t necessarily mind learning lessons the hard way, at times. That’s actually how I learn best. But it’s pretty damn amazing to have someone on your team who has been through the battles, who has already learned those lessons, and has the scars to prove it. You want to leverage those lessons learned and get there faster, stronger and more efficiency. There’s no reason why we need to learn all of these lessons the hard way. This entrepreneurial stuff is tough enough already!

Challenge? Yes, but a necessary part of the process if you want to professionalize your team, scale your business, and take it to the proverbial next level. As my mom used to say, “If it were easy, everybody would do it.”

“Who’s Your Mike? A No-Bullsh*t Guide to the People You’ll Meet on Your Entrepreneurial Journey” can be purchased via StartupNation.com below.